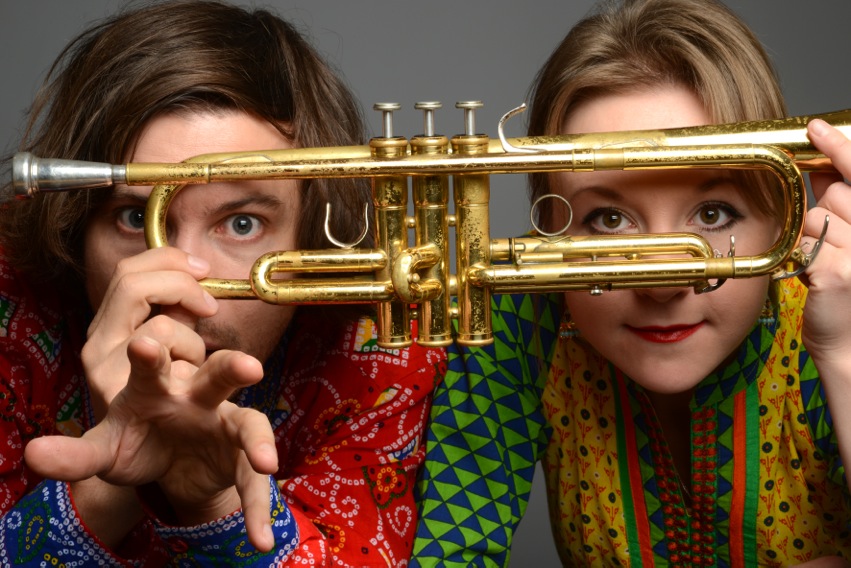 “Mountain-Music, creating the most beautiful echo from the audience.” Ssirus W. Pakzad, Jazzthing

Creative, smart, up-to-date. Exciting suspense among the audience about what to expect when during this musical travelling around the world, a musician from the Alpine Region meets a yodeling blues from New Orleans. Or a Hip Hop, or whatever. ...
… A world champion of brass and the voice of a fairy – that’s how the program of Matthias Schriefl and Tamara Lukasheva could be described. A world champion of Brass? He is not a maintenance man, but a musician who delivers unheard sounds with his instruments – regardless of the size or type of trumpet, tube, trombone or Alpine horn. The female element is taken care of by Tamara Lukasheva from Odessa at the Black Sea. She performed in Operas in her homeland before she decided to allow her voice total freedom. When she adds a sensuality and smoothness to her bright soprano, the audience is practically melting. The voice turns into an instrument. With her Quartett, she already received the New German Jazz Award in Osnabrück. In 2016 her first recording with the duo Matria was issued for the German market. Again, the concert adventure expanding the horizon is indeed exciting!